People are waking up. They realize banks are no longer the be-all, end-all of their financial lives. Fintech startups are revolutionizing the way we pay for things, the way we save, and even currency itself.

International money transfer has also seen a great deal of innovation. Transferwise went from an FX startup to one of the world’s largest non-bank transfer providers in a decade. Dozens of other providers have followed in their footsteps, giving the bank-weary plenty of viable choices.

The presence of a money transfer alternative is no longer the problem. Now, consumers are asking themselves, “Which service should I choose?” Each of the leaders in the cash transfer industry has unique strengths. In this blog, we’ll break them down so you can make the best possible choice.

Aside from being convenient, there’s no good reason to use banks for cash transfers anymore. They’re slow, have terrible customer service, and the gouge the pants off their customers.

It starts with the fees they levy upfront. The likes of Wells Fargo, JPMorgan Chase, and Bank of America can charge up to $45 for international transfers. That’s steep, especially if you’re sending $500 to your daughter, who’s attending college in Canada.

However, it’s that expense that deflects attention from the REAL profit center – their exchange rates. On average, financial institution charge an FX rate 2-5% off the interbank rate. In case you’re unaware, the interbank rate is what brokers use to trade money between each other.

Let’s go with the example we already cited. Your daughter needs money for textbooks, so you send her 500 CAD. To do that, you’ll need to cover your institution’s 45 USD charge first. Then, you need to account for their USD/CAD rate. In this instance, they end up quoting you 1.37634.

Given those numbers, you’d have to send 409 USD to get your kid 500 CAD. That doesn’t sound bad… until you compare what you would have sent without fees or margins.

Let’s say you were able to send your transfer without fees and at the interbank rate of 1.40855. If that were the case, you’d only need to part with 355 USD. That’s a difference of 54 USD – or more than 10% of the bank transfer. Gross.

Why pay your bank that sum for what amounts to five minutes of work? It’s insane.

Who Are The Top Players In The Money Transfer Industry?

Don’t use banks (or other legacy financial institutions like Western Union) to move your money. Instead, we advise taking your business to a regulated online money transfer firm. In a decade, dozens of viable firms have emerged that offer low/no fees, and exchange rates close/at interbank.

Of them, a select few stand out. Transferwise is by far the best-known firm, as they introduced low-cost transfers to the masses. They brought massive innovation to the international money transfer industry that allowed them to charge the interbank rate.

This model fuelled their meteoric rise, and it raised the profile of dozens of competitors. For instance, OFX, World First, and Moneycorp have all benefited from the rise of online money transfer in the 2010s.

Choose The Money Transfer Provider That Best Fits Your Needs

So, there’s no debate: Transferwise all the way? Not quite. While Transferwise frequently has the best FX rate, they lack the features that other firms have. Take OFX, for instance. Over the decades, this money transfer firm has developed a sterling reputation among business owners for its specialized services.

Sellers love their receiving accounts, which allow them to move their money at better rates than Amazon/eBay. Businesses who send regular international transfers use OFX’s forward contracts to lock in a price. And all customers benefit from the experienced perspective of OFX’s dedicated dealers.

Many companies that send tens of thousands of dollars annually go with World First. Their rates boast razor-thin margins, and the more you send, the lower your fee. World First’s biggest volume customers (who send more than 5 million GBP annually) can get transaction fees as low as 0.15%.

And if you regularly send money home to your family, check out Remitly. Its fees and margins (4% for WU, 1% for Remitly) are much better than players like Western Union.

These are just a handful of the licensed and regulated firms that outclass the banks every day. To find out the best option for you, check out review sites like MoneyTransferComparison.com. In our view, they offer the best comparison for money transfers.

Do Your Research And Save

In general, most online money transfer firms will offer a better deal than the banks. However, one size does not fit all. Different firms will suit different individuals better. By taking a few hours to weigh your options, you can reduce the cost AND stress of transferring money internationally. 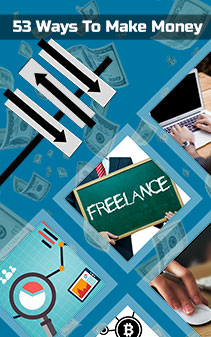